MAURO FORGHIERI - Made in Motor Valley 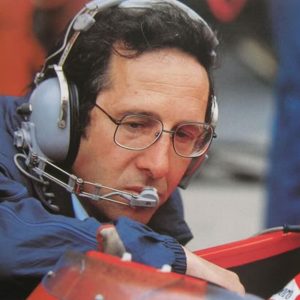 Under his leadership the F1 team of Maranello won 7 constructors’ titles.

The only son of Reclus and Afra Gori, he was born into a working-class family. His father was a skilled turner who, during the years of the Second World War, had worked for the Ansaldo mechanical workshops in Naples, engaged in the war effort. On his return to Modena, at the end of the war, Reclus began working for Ferrari in Maranello, quickly becoming one of the most influential engine mechanics in the racing department. In the meantime Mauro attended the scientific high school and, in 1959, he graduated in Mechanical Engineering at the University of Bologna with the project of a “flat” twin-cylinder engine[1].

John Surtees, Mauro Forghieri and the Ferrari 158 at the pits of Nürburgring in 1965
In 1959, as soon as he graduated, thanks to the good offices of his father, he was immediately hired at Ferrari, in the racing department, at the same time as his contemporary Gian Paolo Dallara. Forghieri was assigned to the development of the engines, while Dallara was employed in the calculation of the chassis, both under the direction of engineer Carlo Chiti.

At the end of 1961, with the dismissal of Chiti and the passage of Dallara to Maserati, Forghieri was called by Enzo Ferrari in the role of Head of the Technical Department for racing cars, devoting himself mainly to Formula 1 and the Sport Prototype category cars[2][3].

One of his first assignments was the tuning of the 250 GTO, with the modification of the rear axle in order to improve its stability in fast bends. Among the prototypes there are six successes in the World Championship Marche (the last of which was won in 1972) and the arrival in parade at the 24 Hours of Daytona in 1967. In 1969 there was the success in the European Mountain Championship with the Ferrari 212 E.

In Formula 1, the first victory came at the 1963 German Grand Prix, with the Ferrari 156 F1-63 driven by John Surtees. At the end of the 1964 season John Surtees, with the Ferrari 158, obtained the title of world champion, while the team won the constructors’ title. In 1968, during the Belgian Grand Prix, engineer Forghieri introduced the first winglets in a Formula 1 single-seater, destined in a short period of time to radically revolutionize the physiognomy of all racing cars.

The type 021 turbo engine of the Ferrari 126 CK
In the seventies he designed the lucky cars of the 312 series (in particular the rainbow 312 T, T2 and T4) with transverse gearbox, powered by a flat 12-cylinder engine, which between 1975 and 1979 led to the victory of 4 Formula 1 World Constructors’ Championships and 3 Drivers’ titles (with Niki Lauda and Jody Scheckter). In the early 1980s Forghieri introduced turbocharged engines to Ferrari, designing the 126 series (126 CK, 126 C2, 126 C3 and 126 C4), with which the team won the Constructors’ World Championship in the 1982 and 1983 seasons.

In 1984, because of some contrasts that arose after the restructuring of the racing team promoted by FIAT, resigned, devoting himself to the design of some prototypes (such as the Ferrari 408 4RM) within the Research and Advanced Studies Department of Ferrari[4].

After his experience in Ferrari in 1987, Forghieri joined, as a member of the board of directors and technical manager, the team of Lamborghini Engineering, an organization wanted by Lee Iacocca, at that time CEO of Chrysler and author of the acquisition by Chrysler of Lamborghini, historic manufacturer of “Supercar” from Emilia. In this organization – which had as its sports director the former Ferrari driver Daniele Audetto – Forghieri designed a V12 aspirated engine that participated in the 1989 world championship with the colors of the Larrousse team (with Philippe Alliot at the helm).

As a result of the positive performance of the engine (which in 1993 had been tested by McLaren, with Ayrton Senna, but was then enticed by the economic offers of Peugeot)[5], was born the project to build an entire car, financed by the Mexican businessman Fernando Gonzalez Luna. The car, whose bodywork was designed by Mario Tolentino, should have debuted in 1991, but on the eve of the official inauguration, Luna disappeared, along with a large sum of sponsorship money. The car debuted anyway under the financial auspices of the Italian Carlo Patrucco and under the colors of the newborn Modena Team.

After the unsuccessful experience with the Modena Team, Forghieri left Lamborghini shortly afterwards to become technical director of the reborn Bugatti in 1992. Forghieri left Bugatti in 1994 – the year in which he was also summoned as an expert to testify at the trial for the death, on the track of Imola, of the pilot Ayrton Senna – to co-found, together with Franco Antoniazzi and Sergio Lugli, the Oral Engineering Group, a mechanical design company of which follows the activities, it is recalled for example the order for the realization of the aspirated engine of Formula 1 of BMW[6]. 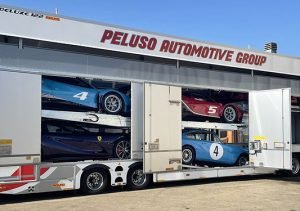 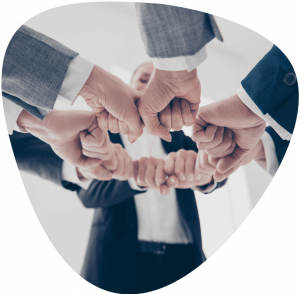 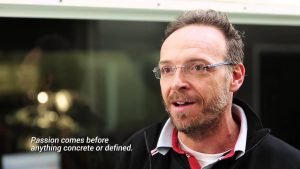 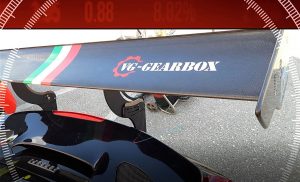 VG GEARBOX: Ferrari in the heart

This website uses cookies to improve your experience while you navigate through the website. Out of these, the cookies that are categorized as necessary are stored on your browser as they are essential for the working of basic functionalities of the website. We also use third-party cookies that help us analyze and understand how you use this website. These cookies will be stored in your browser only with your consent. You also have the option to opt-out of these cookies. But opting out of some of these cookies may affect your browsing experience.
Necessary Always Enabled
Necessary cookies are absolutely essential for the website to function properly. These cookies ensure basic functionalities and security features of the website, anonymously.
Functional
Functional cookies help to perform certain functionalities like sharing the content of the website on social media platforms, collect feedbacks, and other third-party features.
Perfomance
Performance cookies are used to understand and analyze the key performance indexes of the website which helps in delivering a better user experience for the visitors.
Analytics
Analytical cookies are used to understand how visitors interact with the website. These cookies help provide information on metrics the number of visitors, bounce rate, traffic source, etc.
Advertisement
Advertisement cookies are used to provide visitors with relevant ads and marketing campaigns. These cookies track visitors across websites and collect information to provide customized ads.
Others
Other uncategorized cookies are those that are being analyzed and have not been classified into a category as yet.
SAVE & ACCEPT